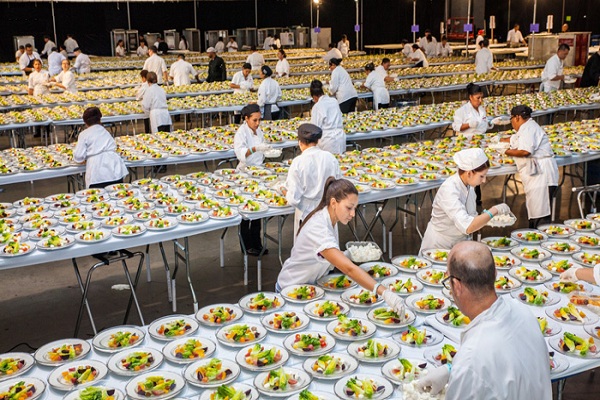 Patina Restaurant Group Career
About Patina Restaurant Group
Patina Restaurant Group operates some of the most exciting restaurants in the world. From the Grand Tier Restaurant at Lincoln Center to Brasserie in the Seagram Building to the Roof top Grill at the Hollywood Bowl to Michelin-starred Patina in the Walt Disney Concert Hall to The Sea Grill in Rockefeller Center-our restaurants offer the finest in artisanal culinary inspirations.
Choose from French, Italian, Spanish, American and Asian influenced menus of exceptional quality, paired with extensive wine cellars, expert mixologists, and the unmatched professional service that we are famous for. We operate approximately 60 restaurants with a concentration in New York, California, Florida and Nevada.
With a storied legacy that leads back over forty years, Patina Restaurant Group has evolved to become a leader in the premium segment of the restaurant industry.

Mission Statement
We are entirely dedicated to providing our guests with the very finest quality cuisine, exceptional service and genuine hospitality at our extraordinary landmark locations and award-winning restaurants.